Reactions to the passage of Amendment 10-A have in large part reflected the division of the vote. Many have cheered its passage, while others have bemoaned it. What is interesting and somewhat surprising is that the debate appears not to have boiled over, at least not yet. To be sure, feelings are running high, but so far both sides have acted with considerable restraint.  Supporters of 10-A have spoken graciously about their hopes that those on the other side will stay, and opponents have not, at least not yet, headed for the door en masse. What should we make of this?  Is it a hopeful sign of a new day or are Presbyterians simply acting pragmatically?


I want to suggest that competing visions of the church forged in the debate over ordination are now informing the prevailing restraint.  In the next months these visions will be tested and perhaps transformed, and in the process they may help remake the PC(USA) and perhaps American Protestantism more broadly. The competing ecclesiastical visions are 1) the church as a community of hospitality and 2) the church as the antithesis to the world. To see the power of these visions we need first return to their interpretations of 10-A, then to the current restraint, and finally to some future possibilities.
To read the entire post visit the The Presbyterian Outlook

Is It Time to Say Good-bye to Afghanistan?

istanWith Osama bin Laden dead, it is worth asking if now is the time for the United States to get out of Afghanistan. President Obama, however, has shown no sign of wavering from his commitment to delivering basic security and a functioning central government to Afghanistan.

Many have been slow to notice, but the president does not easily give up on his objectives and even less so on his commitments. Still, bin Laden’s death might give added momentum to a search for a negotiated end to the war.
Even before bin Laden’s death, a consensus appeared to be emerging that the war in Afghanistan could not be ended by military action alone. Negotiations with the Taliban are increasingly seen as a key part, perhaps the key part, in ending the war. There are, however, reasons to be skeptical of talks with the Taliban, especially when those talks are seen as the key to ending the war.
Read the entire article at PennLive.com
Posted by David True at 8:38 AM No comments:

What the Hell? Rob Bell and the Puritans

It’s hard to recall a more anticipated book than Rob Bell’s Love Wins. The Twitter feed alone suggests the book has quite a few evangelicals seething at the suggestion that hell may not be a popular destination after all.  The dispute appears to have burst onto the scene from nowhere, but in reality, this is the latest in a long history of intense theological debates, dating back to the early modern world of the Westminster Divines.

Posted by David True at 9:41 PM No comments:

Libya is Not Iraq

In Iraq Then, Libya Now Ross Duluth of the New York Times tries to slow the momentum toward our giving military assistance to the Libyan rebels. In doing so, he argues that we have failed to learn the lessons of the Iraq War.

Libya is not Iraq. As simple as this construction seems, Duluth misses it. The debate about Iraq hinged on the existence or near existence of weapons of mass destruction. Everything else was secondary. In Libya we are talking about limited action for a cause clearly related to our national interests.

I worry that Duluth is likely to find a receptive audience in a war weary public, tending toward isolationism.  Such a tendency, informed by Duluth's strictures, would prevent us from acting not only in Libya but also in cases like Rwanda.  In the face of madness the question is what we can do. Sometimes the hard truth is that we can do very little. At other times, however, we discover that limited action has a good chance of success, sometimes far beyond the risks. In such cases, the responsible nation does what it can.  This is the case with Libya.

Email ThisBlogThis!Share to TwitterShare to FacebookShare to Pinterest
Labels: Libya

A Politics of the Profound

This last week we have witnessed what may be the story of the year or even the decade. The dramatic scenes across North Africa and especially Egypt have captured the world's attention and reminded us of the vast scale of politics. Might this be the dawning of a new moment in the Muslim world, or will the protests give way to repression or extremism?

Domestically these events have humbled all but the most partisan or idealistic. Different members of the Obama administration have issued their cautious statements, appropriately circumspect before what may be a historic moment.

Egypt has dwarfed all other events, including the administration's post-State of the Union media blitz. The State of the Union now looks rather paltry, but then so does most of our politics – when they are not sounding overwrought.

Perhaps this is as it should be in the day-to-day, but the State of the Union is not just any other day. It is one of those high holy days in politics, a national ritual that reminds us that politics deals with the profound.

To continue reading, visit EthicsDaily.com.
Posted by David True at 2:20 PM No comments:

Are We Asking the Wrong Question in Afghanistan?

With the agreement by Afghanistan President Hamid Karzai to convene the recently elected parliament, a growing crisis appears to have been averted. As important as this decision is in the short term, however, it will not settle the larger question of whether we can win the war.

Ask this question and you can expect three basic answers. A host of critics will try to convince you that the war can't be won. Advocates will insist that this is a war we can and must win. Then there are those Americans caught in the middle, fearing the worst but uncertain of how to proceed.
Strong debate is crucial to the health of a democracy such as ours, of course, but this debate has gone on interminably and it appears to have contributed little to the war effort. The problem is that the debate is focused on the conditions on the ground, a complicated question given that the "the ground" covers a large and varying terrain and that conditions are often in a state of flux.
Even if we were able to answer this question with some sense of certainty, it is not the most important question. The decisive question is not can we win, but will the Afghanis fight.

Posted by David True at 2:48 PM No comments: 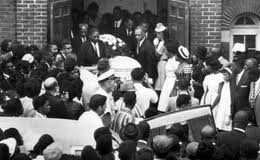 This year Martin Luther King Day feels different to me, more serious and alive, but also more complicated. On the one hand my thoughts keep drifting back to Tucson, worrying that we may be re-entering a tragic chapter of our history in which a generation of leaders was taken from us all too soon.  This is not the 60s, but I can’t help but worry about where we are headed. I worry about our leaders and the hateful rhetoric hurled at them, and I pray that God will keep them safe.
Martin Luther King would want us to take it a step further: to heed God’s call to boldly confront hate, to take creative action. The problem is that this doesn’t feel like the time for marches or boycotts or protests. It feels like the time for unity, prayers, and talk of how we can work together. In this time we need to hear from King the pastor, the one who cared for souls, both in his congregation and in the larger civil rights struggle. This is the King who preached funerals for the movement’s martyrs.  In wake of Tucson, one thinks of the eulogy he delivered for the four young girls murdered by the bomber of the 16th Street Baptist Church in Birmingham. There the stakes were clear and dramatic, and King was direct in urging those gathered to avoid bitterness: “So in spite of the darkness of this hour we must not despair. We must not become bitter; nor must we harbor the desire to retaliate with violence.”
In Tucson President Obama seemed to be channeling King, calling us to rise above the seething resentments of our politics.  “The loss of these wonderful people should make every one of us strive to be better,” Obama said, and then recalling Christina Taylor Green, “I want to live up to her expectations.  I want our democracy to be as good as Christina imagined it.  I want America to be as good as she imagined it.  All of us -– we should do everything we can to make sure this country lives up to our children’s expectations.”
Tucson is not Birmingham. In Birmingham King faced a well-organized terrorist movement committed to racist ideology in service to a Caucasian identity.  In Tucson the victims were shot by a crazed gunman whose motivations are still being determined.
In both cases, however, the attacks were felt more widely and they served to prompt the question of how to respond to the attacks, both personally and politically. This is where we most need to hear King’s wisdom that the greatest weapon against violence is not hate, but love.
King’s idea of love is a long way from contemporary notions celebrating love as an attraction that may come or go. He thought of love not simply as a feeling but as a virtue that depended not on the recipient’s appeal, but on the giver’s settled disposition. This word, giver, gets at King’s idea of love with its deep roots in the biblical notion of agape. The key to this form of love, as demonstrated by Jesus and Gandhi, is its strength, its stubborn refusal to yield to hate, indifference, or any of the other vices that would separate us from one another.  While racism is bound up with the urge to segregate, King understood love to be devoted to the creation of the beloved community in which all members are cherished as children of God.
In the aftermath of Tucson many of us feel a deep longing for some hint that together we might build something more than the fractious, hurried, and brutal society we fear we are becoming. King’s inspiring life and heroic death remind us that aspirations are not actions and that dreams are worth little unless they inspire a new reality. King offers us more, much more, than calls for a kinder and gentler society. I do not mean to criticize civility, far from it, but civility on its own is not enough. The duty of self-restraint is no match for the passion of politics. If civility is to endure for more than a season, it must be wedded to the virtue of love. As King said so many times, love can heal the broken; it can even transform enemies into friends.
In our time of 24-hour news cycles and professional provocateurs, we may think this naive, but neither the smallness nor meanness of our politics can defeat agape any more than Bull Connor could defeat King and his army of children.  It is those martyrs we remember today (not Connor), and it they who remind us that we are called to be witnesses to a love stronger than hate.

Posted by David True at 8:40 PM No comments: